Images are everywhere: street signs, safety warnings, and of course, comic books. Many early forms of writing were pictorial in nature, from Egyptian hieroglyphics to ancient Chinese characters. What’s more, images have a unique and powerful ability to communicate in a way  that is nearly universal. It’s clear that graphic media have been, and continue to be, central to how ideas are conveyed. But sit down, and think for a moment – name five works of fiction of high prestige. For written works, it’s easy: The Great Gatsby, Moby Dick, Crime and Punishment, To Kill a Mockingbird, Of Mice and Men… the list could go on and on. Many of these you’ve doubtless read in English class, or in an institute of higher learning. But can you say the same about comic books? For your average person, the answer is likely no, but as I mentioned earlier, images are everywhere, and integral to the human experience. So why is this the case?

Recently, I had the pleasure of attending a lecture by Scout McCloud, hosted by SDSU’s Arts and Culture Club. For those of you unfamiliar with McCloud, he is a comics artist, writer, and theorist best known for Understanding Comics (1993), Reinventing Comics (2000), and Making Comics (2006). According to McCloud, every picture says something, yet academia and society at large generally haven’t trusted graphic forms of communication. Picture books, comic books, and the like are often labeled children’s media, and thus shut off from the prestige of their textual counterparts. In McCloud’s words, “at a certain point, we learn words have a multiplicity of uses, but leave art alone as impractical.” Now to those of you who do not number among the ranks of comics enthusiasts, it’s pretty easy to simply say “so what?” Well, according to McCloud, our perception of the prestige of graphic media is quite a big deal. 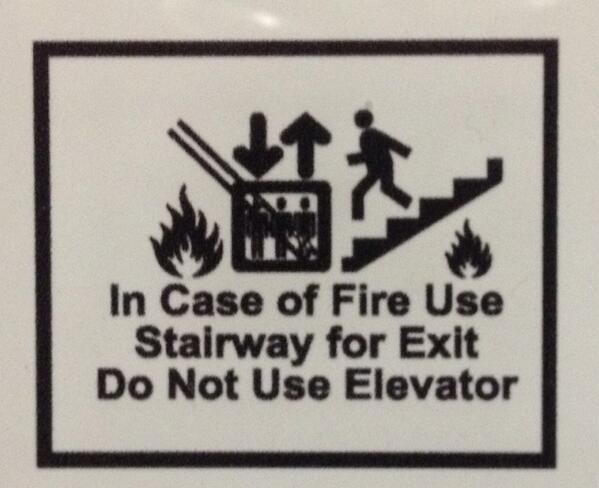 Text aside (which has its own slew of issues), you’d be hard pressed to decipher the meaning of the image without prior knowledge that you shouldn’t use elevators during a fire. While this example might seem funny, when one considers what its purpose is – saving lives in the event of a fire – it’s a little harder to laugh at the jumbled mess above. To prove this isn’t an isolated incident, McCloud provides more examples, such as this pregnant woman broadcasting wifi: 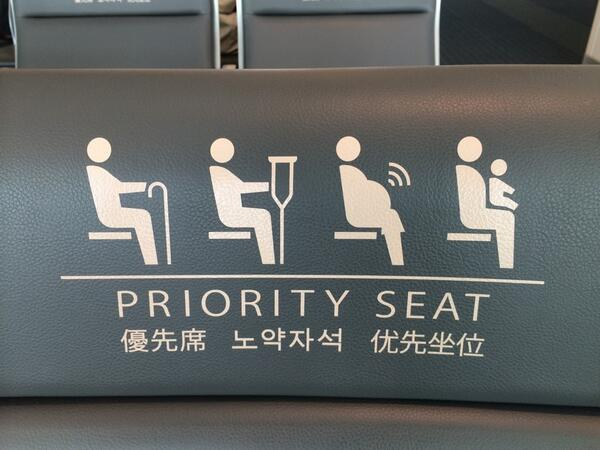 Or whatever horrors this sign hopes to warn against: 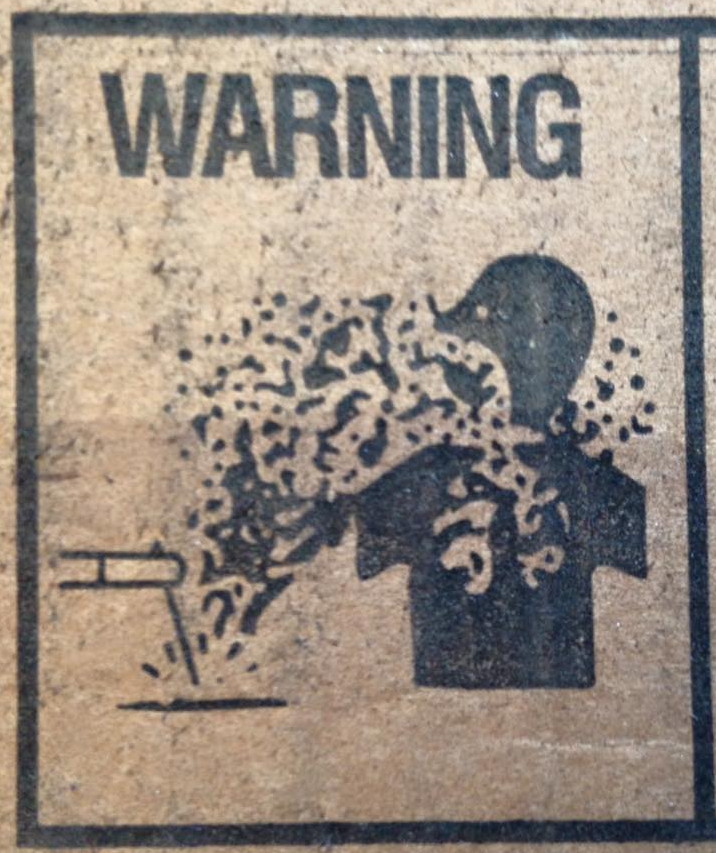 McCloud’s message is clear: “bad visual communication is inevitable in society which does not value pictures.” It leads to safety signs which fail at their life-saving purpose, allows advertisers to exploit those unaware of an image’s power, and devalues an entire medium that is fundamentally powerful. So the next time you pick up a comic book over one of the masterworks of literary canon, don’t be ashamed; a picture can go a long way, and we could all stand to appreciate the power of the image a bit more.

For more information on the power of comics, view the SDSU Library Catalog for McCloud’s works.