One of the most exciting developments in recent years for comics enthusiasts is the growing acceptance of, and acclaim for, graphic works in academia. Institutions of higher learning have begun to recognize the significance and potential of the medium, which is at last poised to take its place among the fine arts and literature. On Monday, April 19th, in my role as Comics@SDSU student researcher in Spring 2021, I had the pleasure of attending a gathering of faculty from across the CSUs, assembled to discuss the role of comics at their campuses and to collaborate on new ways to advance the role of these works in education. As the minute-taker for this event, I can happily affirm that this gathering marks a bright future to come for Comics in the CSUs, and I am excited to convey some of the meeting’s take-aways from my perspective as a CSU student and comics fan. 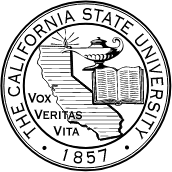 The meeting kicked off with introductions and an overview of what the CSUs have been doing with comics to date. In attendance were representatives from ten CSUs — Chico, Dominguez Hills, Fresno, Los Angeles, Northridge, Sacramento, San Diego, San Francisco, San Marcos, and San José – quite the gathering!  From the presentations by these passionate faculty, it was clear to see that comics are already taking center stage on these campuses, from CSULA’s Eagle-Con, SFSU’s Interdisciplinary Comics Studies Minor, Comics @ CSUN, and of course our own Comics@SDSU initiative. Indeed, the achievements of these universities are too exhaustive to list in full here, but they include initiatives such as a faculty person taking students to Japan to study manga, comic arts exhibitions, curriculum development, academic conferences (for faculty and students), comic creation by students, and research about comic-book reading.

All in all, it’s clear that Comics in the CSUs is off to a great start on the individual campuses, but the meeting’s goal was cultivating collaboration across campuses, as well. To that end, following introductions the enthusiastic representatives began brainstorming how they might work together to take the initiatives they have started at their individual universities to the next step together. Exciting ideas for future collaborations included a touring exhibition, sharing of comics collections, CSU-wide internships and research, and ways to connect with each other in the future. By the meeting’s conclusion, it was clear to see that the future for a collaborative comics community across the CSUs is bright; the initiative is off to a promising start, and I for one can’t wait to see what the coming years will bring for comics-loving students like myself!