Episode 5 of WandaVision gave so much content to fans that contains a mixture of references to the comics, the reveal of the deeper plot, and some exciting new characters. Diving straight to the first few minutes of the opening, when Agatha comes in and tries to carry the babies, she looks at Wanda and asks her if she can carry the babies outside the script of the show. Wanda can be seen nudging Agatha with her arm as if to tell her to go back to character. 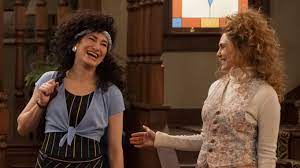 Later on, we see S.W.O.R.D. debriefing Wanda’s past and talking about her journey throughout the movies. This entire scene is a reference to Avengers Disassembled #503 (1998) by Brian Michael Bendis when Doctor Strange shows up and tells the Avengers about Wanda’s tragic and painful past. He explains to them how Wanda’s dark past drove her to the extremes and made her lose control of her powers. 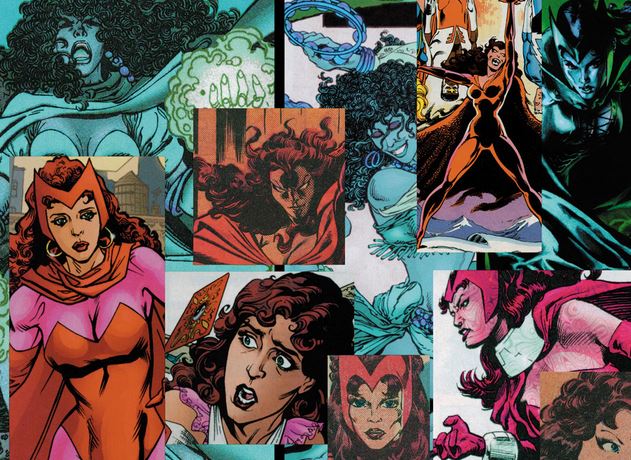 In the scene where we meet the Visions’ new dog, Wanda gives him the name Sparky which is a nod to the comic series The Vision (2015) by Tom King in which Vision builds his family a robotic dog and names him Sparky. In that comic Sparky is green, but his size and breed is spot on in the show. 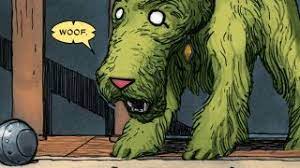 When Vision is upset about Wanda using her powers in front of Agatha, Billy interrupts Vision and asks him if they can keep the dog. This was a way for Wanda to distract Vision by using her kids to change the subject. In Avengers Disassembled, Wanda can be seen doing this several times throughout the story where her children’s dialogue reflects her thoughts and feelings. 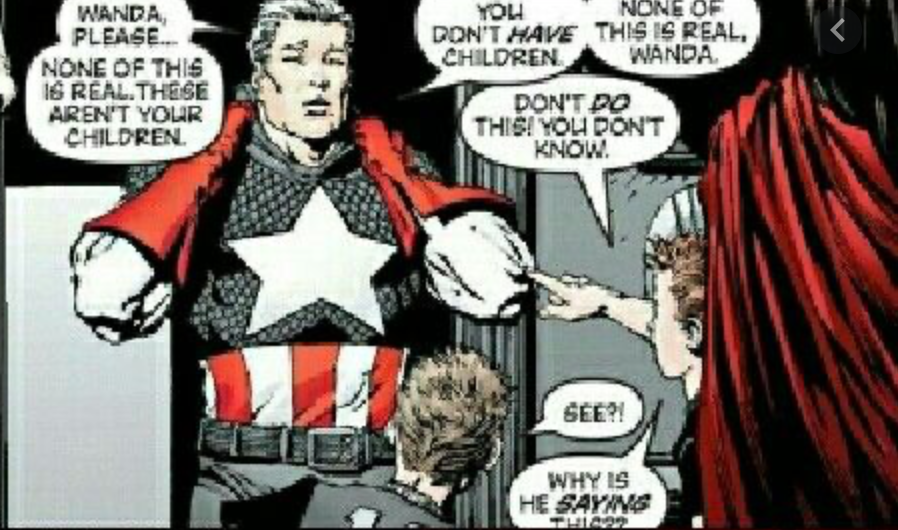 The commercial for this episode was for a paper towel brand called Lagos. This is referring to Wanda’s incident in Lagos, Nigeria in Captain America: Civil War where she accidentally blew up a building while trying to stop Crossbones from detonating himself.

After Vision comes home from work and he and Wanda get into a fight, they begin yelling at each other in a side view shot which is a direct reference to a specific comic panel in The Vision #7 where we see Wanda and Vision having a loud argument about her kids not being real. 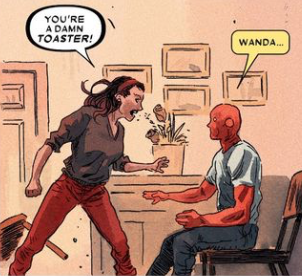