This episode of WandaVision was as close to the comics as it gets. This is due to the incredible costumes that were made which are taken directly from the pages of the comics. Wanda is wearing her classic Scarlet Witch outfit even with the iconic wimple! Yes, the official name for her headpiece is wimple and you can quote me on that. Vision is dressed up in all the classic colors of the comic version of himself with the accurate collared cape. Billy is wearing his comic accurate costume with the red cape and headband as well as “Pietro” who is rocking the accurate hair-do of the comic book Pietro. The only character not dressed in comic accurate clothing that is true to his character is Tommy. He is dressed up as his uncle because it is a way to foreshadow their connected powers of super speed. 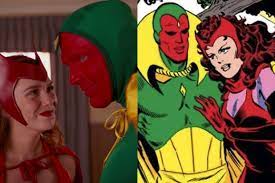 Image of Wanda and Vision 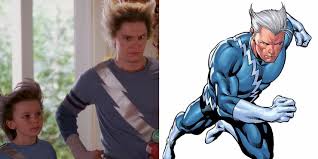 Image of Pietro and Tommy Maximoff 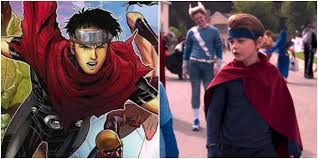 The commercial in this episode is of a boy being told by a shark that Yo-Magic is what the shark has been feeding off of which is a reference to the plot later down the line. We see that Agatha is the shark who is feeding off of Wanda’s magic as Wanda disintegrates slowly in the last episode.

The twins’ abilities in the show are a reference to their comic counterparts. Billy has abilities that are similar to his mother’s yet they are blue which is true to his comic version. Tommy has super speed as he does in the comics. This is also a larger reference to Young Avengers coming in the future which is the line-up of the Avengers’ kids who take on their parents’ mantles and defend the world. 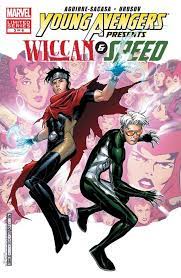 Last but not least, Agatha can be seen wearing a witch’s outfit which is a reference to her being a witch later on in the show but also in the comics. The gray hair is a nice touch as well because that is what her hair color is in the comics. 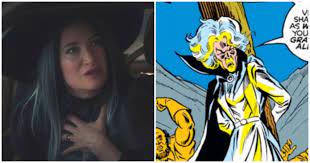 Not only did this episode offer a great plot and some hilarious jokes, it was also a love letter to comic fans because of how true to the comics and accurate the outfits were. Not only that, but they allowed this to take place through Halloween which in and of itself is another reference to the comics because the first ever comic of Wanda and Vision going off and living together in Vision and the Scarlet Witch #1 (1982) by Bill Mantlo. In this comic, it took place during Halloween and Wanda and Vision went out trick or treating in their costumes.